So I’ll be honest I didn’t really think seriously about marriage, or what kind of man I wanted to be with, or when I wanted to get married before I met Hiroshi.

When I say seriously I mean I did think I seriously want to get married and meet the ‘one’, “someone who could fulfill me” blah blah blah. But my criteria of who I wanted to marry, went along the lines of someone who wore good shoes, who dressed well, who was funny, but also sweet, who calls me everyday, who held the door open for people, who liked to travel, who was passionate for God, who liked to read, who i can talk for hours with, who i can be myself with, who’s older, intelligent, likes the beach, tells me I’m beautiful etc. etc.

Whilst all those things are great, they don’t really amount to being serious. I had basically created a list about who my ideal guy should be and not really thought about what marriage really means.

But after I became a christian I knew this kind of list was meaningless, so i decided to let go of all these things, shoes? as important as they are, can always be bought again! No man will ever match up to my exact list of criteria and by keeping that list I was closing doors to my future, all because I was picky about a guys shoes!

Well anyway the long and tall of it goes, that I was totally missing out on my ‘Mr Right’ because of one important factor: I wasn’t looking in his direction.
Did I forget to tell you what the major thing on my list was, the number one thing that I couldn’t, no matter what the circumstance was?? LET GO OF. Well it was that I could only be with someone who was the same height or taller than me.
I live in Japan! It’s well known that in Japan there are a lot of short people, at least shorter than me! What was I expecting??

But I insisted that this was the number one on my list. So even though I thought I had discarded all of my other criteria, I secretly kept this one thing on my list because I just couldn’t imagine being with someone shorter than me, of course that was not what God had planned!

So I never looked anywhere below my eye line. So when I was introduced to my future husband 7 years ago, I never even considered him as a prospect being for the simple fact he was 15cm shorter than me!!!!! Isn’t it funny how God takes your insecurities and turns them right around.

Well one day God turned on the light inside of me, this tall British girl fell in love with a short Japanese guy and he asked me to be his girlfriend. But, of course, I struggled and I tossed and I turned, because even though I believe I threw away my list the one thing that kept me from saying yes was the height difference. That was my ONE THING that was stopping me. I thought about saying no, I thought about what people would think, I thought about what if it didn’t work out… I questioned everything, until a good friend said to me: “Are you really going to let a small thing like his height stop you from living what could be the best thing that ever happens to you?”

So I knew what I had to do, I had to LET GO of my ONE THING.

So of course, I said Yes and we got married and had 2 cute babies and the story unfolds and unfolds…

But the point was I needed to trust God with his plans for me, not try to make it all up myself.

And it is true God has it all planned out already, he has amazing plans for us, but we have a choice, to say ‘Yes I want what God has planned for me’, or to hold on tight to what we think is right, to our comfort, to the vows we make to ourselves and miss out.

And isn’t this true for so many things in life. sometimes we don’t even know it or realize it, but we are holding onto a list or our “one thing” that we cant let go of, and it is prohibiting us from living the amazing future God has planned for us!

Not only in my relationships, but even as a mother I create lists for how I expect my children to be, what goals I want them to achieve, how I would like them to behave, skills to have, preferences in toys, or style of clothes. Without thinking really, before they are even born you can create a whole persona for your child! And I can guarantee you they most likely wont live up to it, because they are their own person, not a robot or a character we can mold them into. They will become exactly what God created them to become.

And then of course there is always that “one thing” you will never let your child eat SUGAR!! And no matter how hard you try to hold onto it, especially in front of your mama friends, you will always. ultimately. end up having to let it go!

Maybe these are small things, but then there are those BIG ONE THINGS, that really take over our lives.

The lists can go on for our husbands, potential boyfriends, for ourselves, our church, lists of our opinions and vows we make to ourselves, that we must hold at the core of our being. And of course we let things go, and we move on and try to change and grow and not be subject to these lists we create for ourselves. But sometimes there is always that ‘one thing’ hanging in the back ground, that gets over looked because we cant budge on that issue. But maybe its that one issue that we need to let go of to live Gods best for our life. We just need to give that thing to God, and say I am not going to let that rule me,

“That it matters what other people say of me?” – I’m not going to let that rule me!

“I will never let another guy hurt me!” – Actually I’m not going to let that thought rule me!

“I’m so messed up I cant change.” – Yeah I’m not going to let that dictate my life

“Well I can do this, and change this and yeah I’m moving forward and growing, but that? oh no, not that, I will not change my opinion on that!” ……

Sometimes God is not asking us to let go of everything on our list, but just that one thing.

Yes its risky to let go sometimes, but we have a big God, who has all amazing plans for us and we can trust him, we can trust him to pull through for us! Because he is a good God, who loves us and wants to give us great things!

So whats your one thing?

Check out my TOP posts! 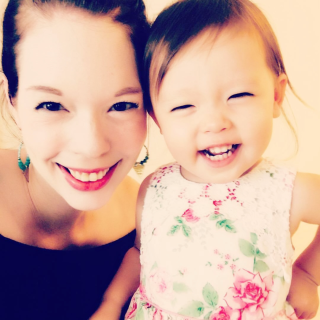 Hi! I'm Laura. Follower of Jesus. Wife to Hiroshi. Mummy to the ever adorable Kara and Ted. I love interior, I love reading, I love crafting with my kiddos, I love my church and I love living in Japan! I am here to encourage and uplift families living in Japan or else where in the world. Please join me as I grow as a mum and share my adventures!

Check out Photo’s of our Family!